Skip to content
by John Berge
Many people like to see data reduced to their individual level, how each one of us contributes to consequences, before they are willing to make lifestyle changes or espouse a position. Dirk Notz, a climate scientist at the Max Planck Institute for Meteorology in Hamburg, Germany, did just that with the loss of Arctic sea ice due to carbon dioxide emissions since 1953. The loss per person for people in the United States is just under 50 square meters per year. Or for that typical family of four, 197 square meters per year. At the current rate of loss, summer ice in the Arctic Ocean could be gone before 2050, probably for the first time in at least 125,000 years!

Most of us will never get that far north to see this historic change, but we may feel it in climate change. I don’t pretend to know how the loss of Arctic ice cover in the summer or the later refreeze in the fall affects the famous “Polar Vortex,” but all the data indicate that global warming is producing more weather extremes, including drought and floods, cold snaps and stronger winds. The latter two seem to be exacerbated by the TV weather reporters emphasizing the “wind chill factor”. They use the phrase “feels like” instead of the more correct phrase “one loses heat as if it were X degrees.”

“Wind chill” has an interesting history. The first attempt to quantify the effect of wind on heat loss was back in 1945 by a couple of explorers in Antarctica, Paul Siple and Charles Passle. They stuck bottles of water out in the wind and timed how long the water took to freeze. They reported the heat loss in watts per square meter, which would really confuse the modern TV viewer. According to my memory of a conversation with some technicians while I was working at the Army Chemical Center, the U. S. Army tried to determine wind chill by placing milk cans of hot water in a wind tunnel and recording the temperature drop. This must not have worked out very well since I can find no reference to any such work. What the Army Quartermaster Corps then did was to substitute volunteers walking on a treadmill in the wind tunnel for the water-filled milk cans and collected verbal responses on how cold they felt – back to “feels like.”

These results came out too cold so modifications were made and a rather complex equation is now the standard:

Wind Chill (degrees F) = 35.74 + 0.6215T – 35.75 (V0.16) + 0.4275T(V0.16)
where T is the air temperature in degrees F, and V is the wind speed (mph). Rather than do this calculation, I presume most TV weather persons just read it off a readily available chart. The chart goes from air temperatures of 40F to -40F and wind speeds from 5 to 60 mph and also includes curvy lines indicating frostbite times. The equation does not take into effect any sunshine, the height of the individual (wind speed assumed a 5-foot individual walking in an area with no buildings or trees), and other factors.

I am writing this column the day after enjoying a pleasant 4.5-mile walk that the TV weather person would probably try to talk me out of. But I will try to talk you into an environmentally friendly walk. Enjoy our winter weather before it disappears due to climate change or the turning of the seasons.

Founded in 1851 by Norwegian and Danish immigrants to Racine, Emaus is now home to an active Anglo-Hispanic congregation. Emaus is a congregation of the Evangelical Lutheran Church in America. We are located at 1925 Summit Avenue, Racine, Wisconsin, 53404. View all posts by emausELCA 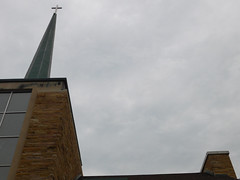 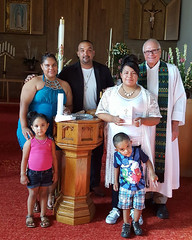